As follow up to yesterday’s post on the completely fabricated and back-of-the-napkin numbers presented in The Tab,  here’s a quick simulated allocation of the $11,000 foundation + $3,000 poverty weight (applied to free or reduced lunch) + $400 per ELL/LEP child. 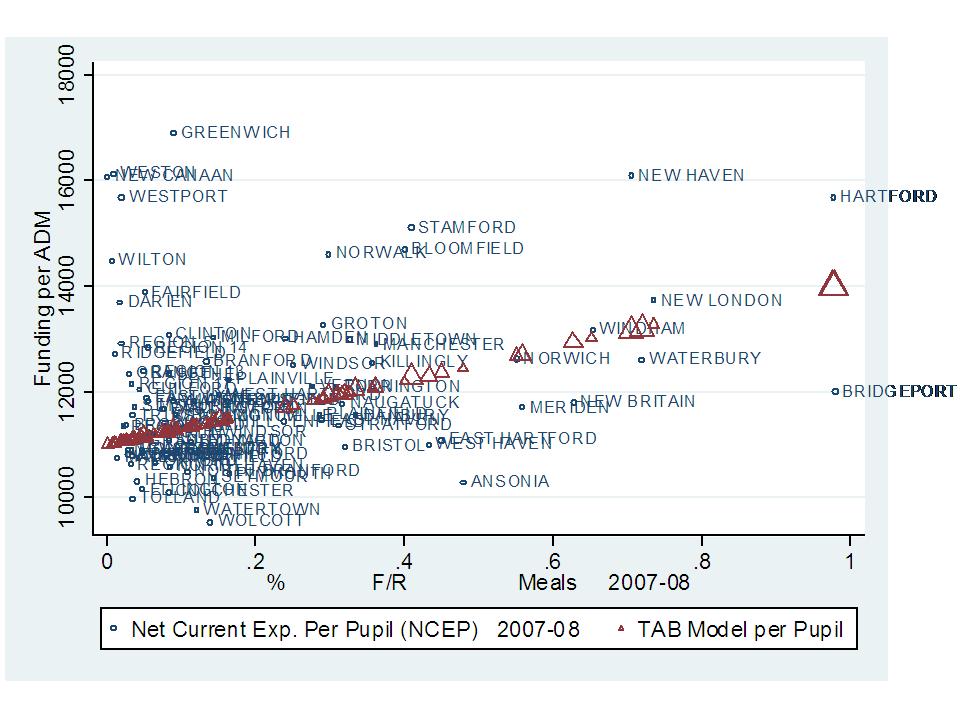 The Tab pretty much conceals any real changes or patterns of changes by lumping them into a summary table by groups of districts without any documentation as to how the summary stats were estimated (page 27). Above is what the district by district changes would look like. Looks pretty much like a back-of-the-napkin attempt at roughly break-even analysis. Remember, this is a proposal for the future compared against actual spending from 2007-08 – two years back now!

Specifically, the proposal would appear to reduce funding in Hartford and New Haven by greater amounts than it would increase funding in districts like New Britain and Waterbury and only similarly to the increase for Bridgeport. That is, it levels down high poverty districts as much as it levels some up – a fact concealed by the claims of a net increase of $620 per pupil in the short term. Mind you, The Tab certainly provides no evidence that districts like Hartford and New Haven are massively over-funded, as their own policy solutions would imply. Oh wait… The Tab really doesn’t rely on evidence at all. Silly me.

Just checkin the numbers – the made up numbers.