For some time now, I’ve been pulling together data from the National Center for Education Statistics and from the New Jersey Department of Education on New Jersey Charter Schools. Why do I do it? Mainly out of frustration that no-one else seems to be playing a monitoring role. I’ve not seen any good compilations or presentations of the various types of data that exist on New Jersey Charter Schools. That said, the data aren’t great. They aren’t worthy of high level academic research. But they are what we’ve got, and they are from the primary government sources charged with collecting these data. So, here are a series of my slides compiled from the data:

On second look, it appears that this first graph matches the 2008-09 data from the spreadsheet linked above (not the 2007-08 as originally labeled). 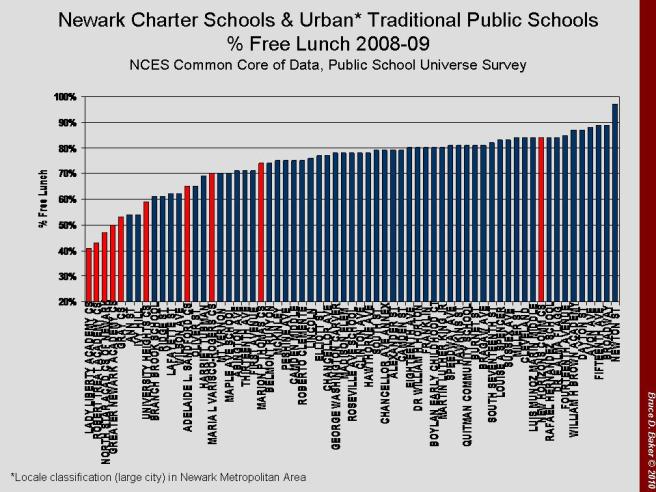 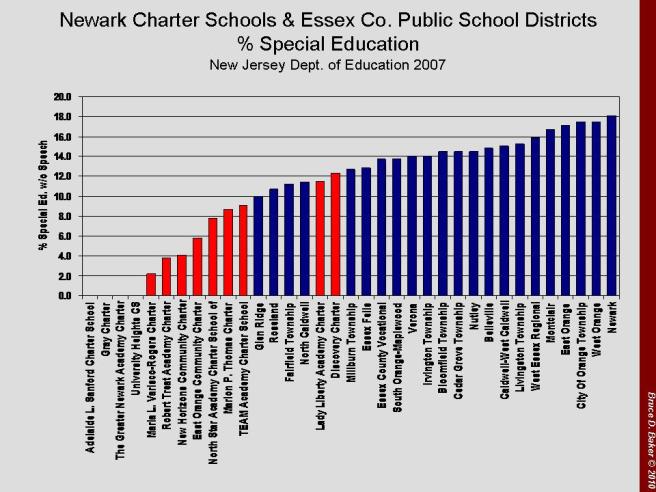 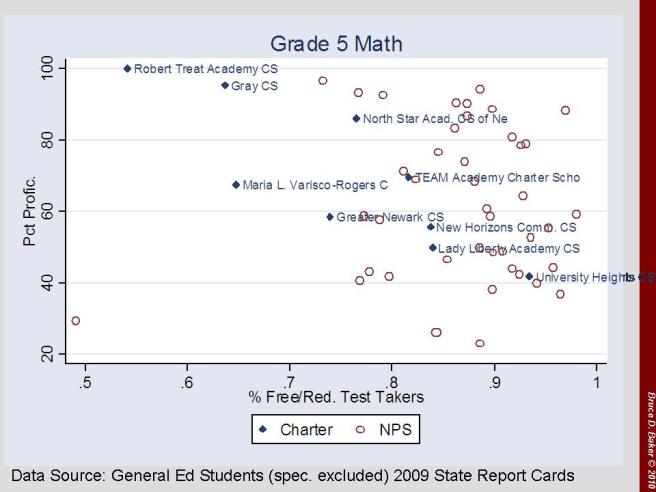 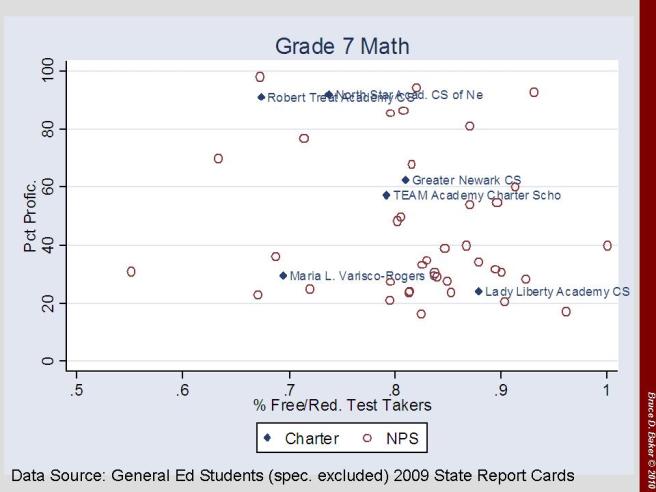 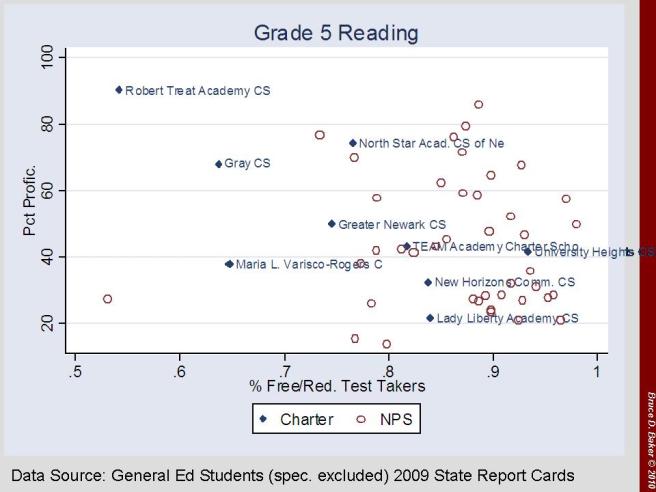 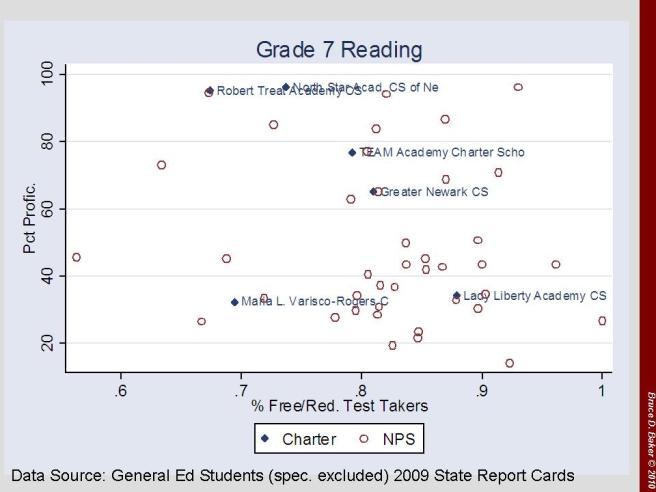 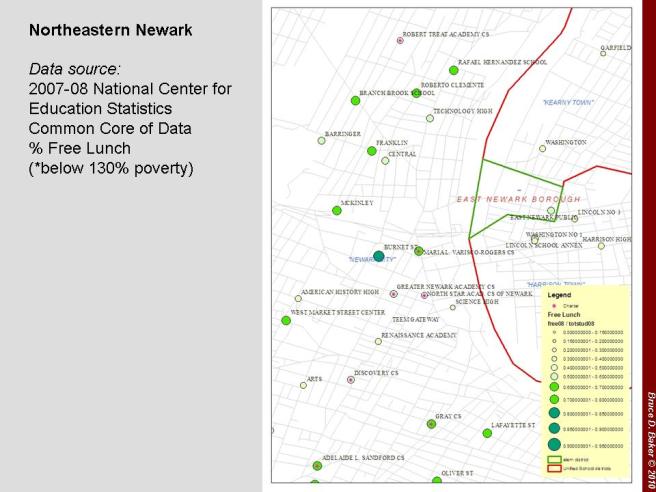 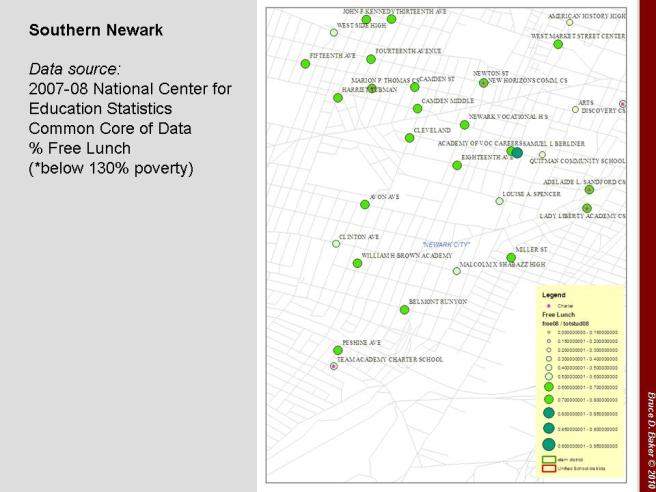 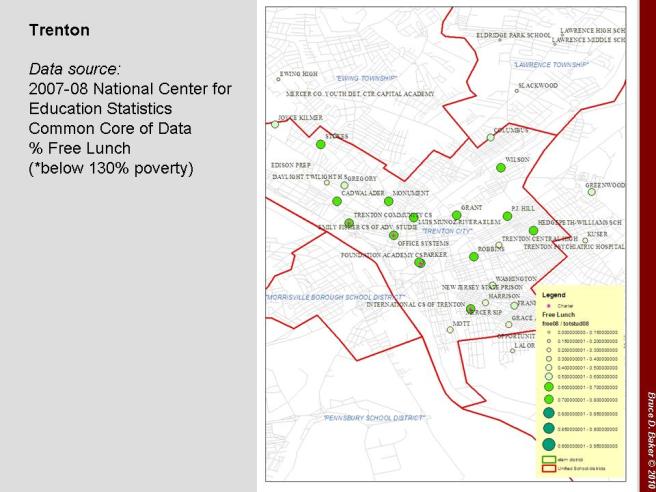 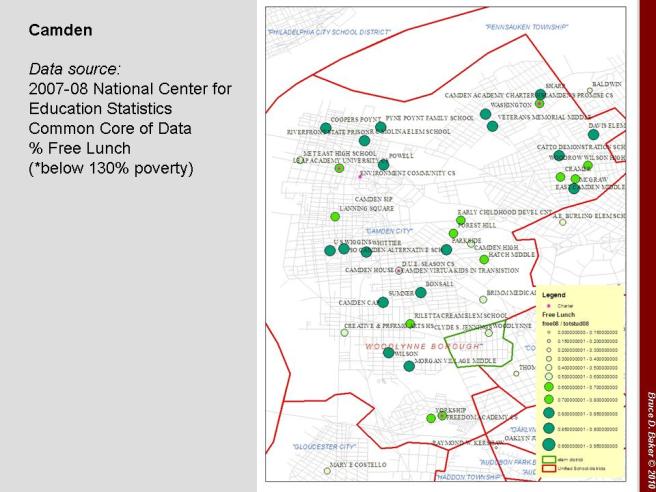 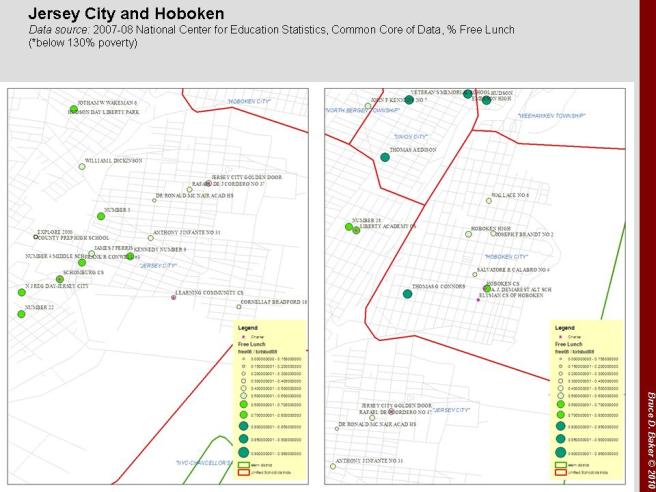 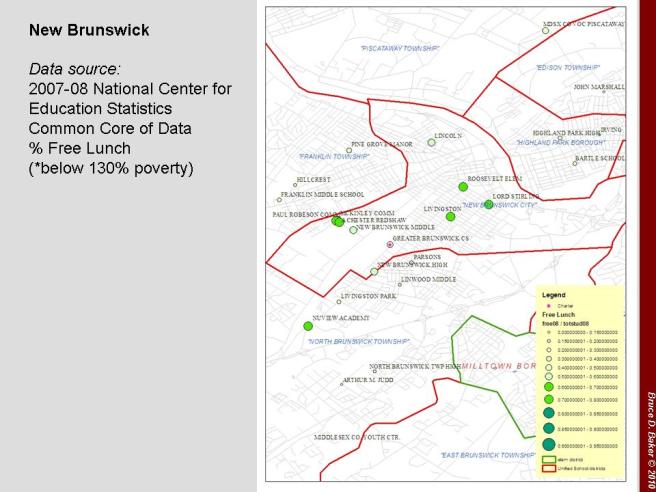 Previous posts and additional figures on NJ charters can be found throughout my blog at:

My general conclusions from these previous posts and the above graphs?

A colleague of mine shared these data with an interested reporter. I spoke with the reporter. And the reporter requested a response from a representative of the New Jersey Charter Schools Association.

The New Jersey Charter Schools Association seriously questions the credibility of this biased data. Rutgers University Professor Bruce Baker is closely aligned with teachers unions, which have been vocal opponents of charter schools and have a vested financial interest in their ultimate failure.

There are now thousands of children on waiting lists for charters schools in New Jersey. This demand shows parents want the option of sending their children to these innovative schools and are satisfied with the results.

Wow. That’s quite interesting. These data can’t be credible simply because I sit on the Think Tank Review Panel and I am – ACCORDING TO THEM (news to me) – closely aligned with teachers’ unions. According to this statement, these data are necessarily “biased,” even though the statement provides no evidence whatsoever to that effect. Heck, I’ve merely graphed and mapped NCES and NJDOE data. Did my mapping software introduce some devious union bias? Damn that ArcView!

By the way, I don’t get any kind of ongoing pay for doing this Think Tank Review stuff. I do get contracted to write a policy brief or critique on occasion, and it’s a relatively small sum of money for each brief or critique.  I consult for a lot of groups around the country and a long list can be found on my vitae, here: B.Baker.Vitae.October5_2010

I don’t take any money for this blog or reprints/re-posts of it, and quite honestly, when I do take contract money to write a policy brief or report – whoever it’s for – I go to extra lengths to make sure that the data and analysis are defensible, typically opting for the most conservative representation of the data, knowing full well that the instinct of any opposing critic will be to pounce.

Hey… these data are what they are. I’m just making graphs of them. This official statement of the New Jersey Charter Schools Association is a childish personal attack from an organization that apparently has little else to stand on.

Use the “build a table” function (under CCD Data tools)