Pundits love to make cross-state comparisons and rank states on a variety of indicators (I’m guilty too). A favorite activity is comparing NAEP test scores across subjects, including comparing which states have the biggest test score gaps between children who qualify for subsidized lunch and children who don’t. The simple conclusion – States with big gaps are bad – inequitable – and states with smaller gaps must being doing something right!

Let’s review the assumption. Here’s the basic framing adopted by most who report on this stuff:

These conditions have to be met for there to be any validity to rankings of achievement gaps.

Therefore, the measurement of an achievement gap between “poor” and “non-poor” is:

But, the income level for poverty is not varied by state or region. See: https://schoolfinance101.files.wordpress.com/2011/03/slide1.jpg

As a result, the distribution of children and their families above and below the specified threshold varies widely from state to state, and comparing the average performance of the groups of children above that threshold and below it is not particularly meaningful.  Comparing those gaps across states is really problematic.

Here are graphs of the poverty distributions (using a poverty index where 100 = 100%, or income at the poverty level) for families of 5 to 17 year olds in New Jersey and in Texas. These graphs are based on data from the 2008 American Community Survey (from http://www.ipums.org). They include children attending either/both public and private school. 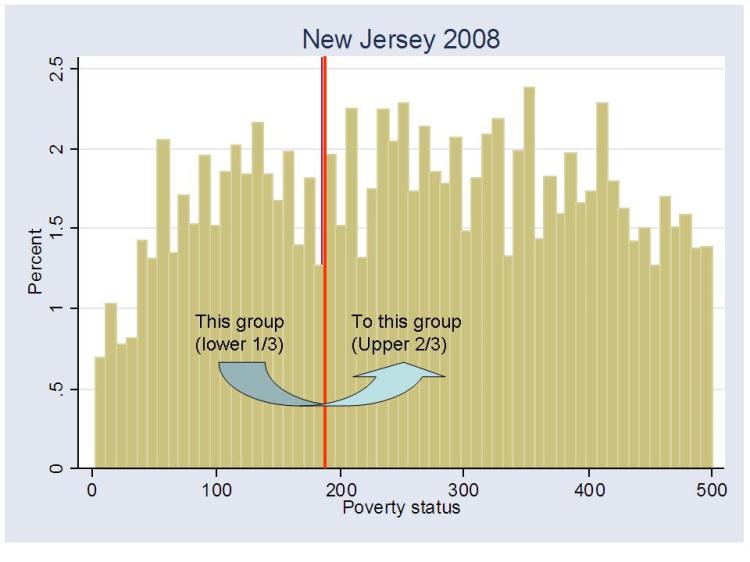 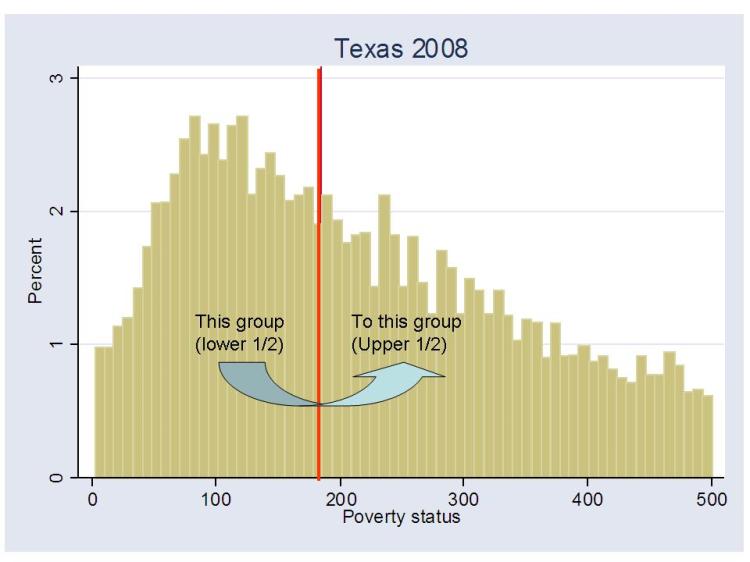 To put it really simply, comparing the above the line and below the line groups in New Jersey means something quite different from comparing the above the line and blow the line groups in Texas, where the majority are actually below the line… but where being below the line may not by any stretch of the imagination be associated with comparable economic deprivation. Further, in New Jersey, much larger shares of the population are distributed toward the right hand end of the distribution – the distribution is overall “flatter.” These distributional differences undoubtedly have significant influence on the estimation of achievement gaps. As I often point out, the size of an achievement gap is as much a function of the height of the highs as it is a function of the depth of the lows.

For further explanation of the problems with poverty measurement across states, using constant thresholds, and proposed solutions see:

Income distributions for each state: 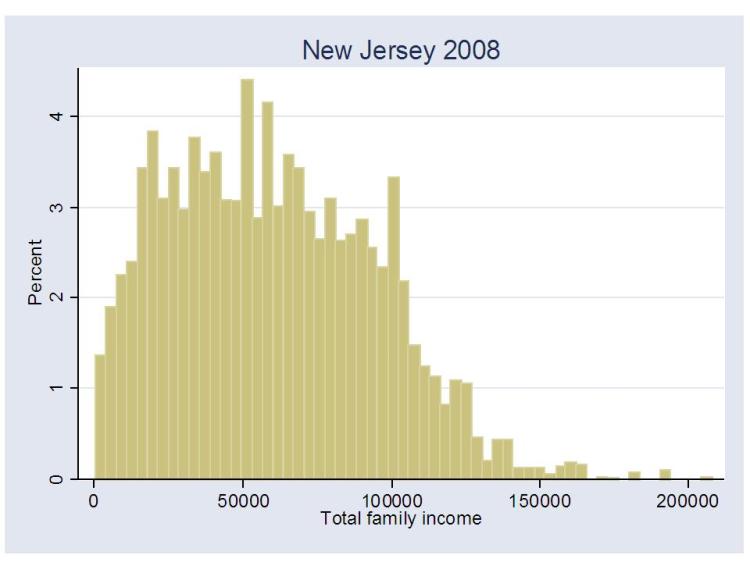 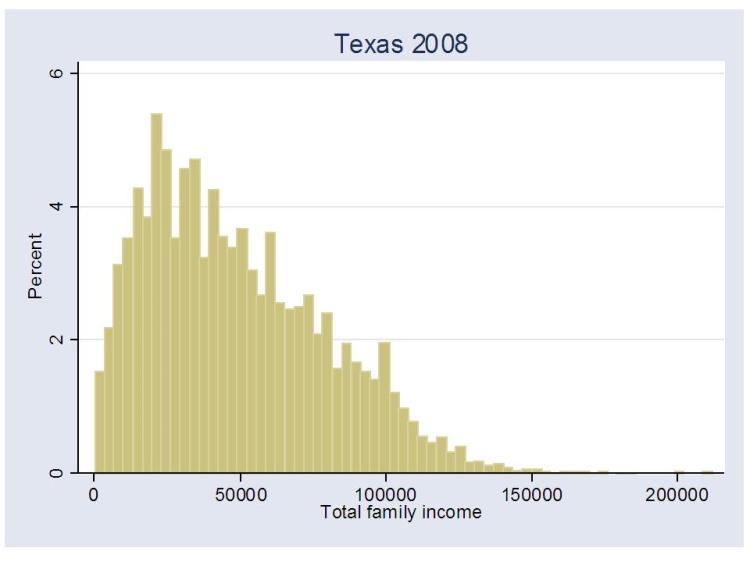