No time to really write much here today, but I do have a few figures to share. I’m posting these mainly because I keep seeing so many ridiculous a-contextual… and in many cases simply wrong statements about Chicago teachers’ salaries.  As I understand it, salaries are not really the main issue in the contract dispute… but rather… the teacher evaluation system. I’ve already written extensively about the types of teacher evaluation frameworks that I believe are being deliberated here, but I’m not following the issue minute by minute.

Someone has to just say no to ill-conceived teacher evaluation policies. Perhaps this is the time.

When taking the latter approach, it is also important to consider the demographic differences across settings. All else equal, teachers will gravitate toward jobs with more desirable working conditions. So, in high need urban settings, equal compensation alone would be insufficient.

Bear in mind that I’ve explained on numerous previous posts how Chicago is among the least well funded large urban districts in the nation!

So, here’s a quick run-down on salaries and student populations – and funding equity (or lack thereof) – in pictures and tables. 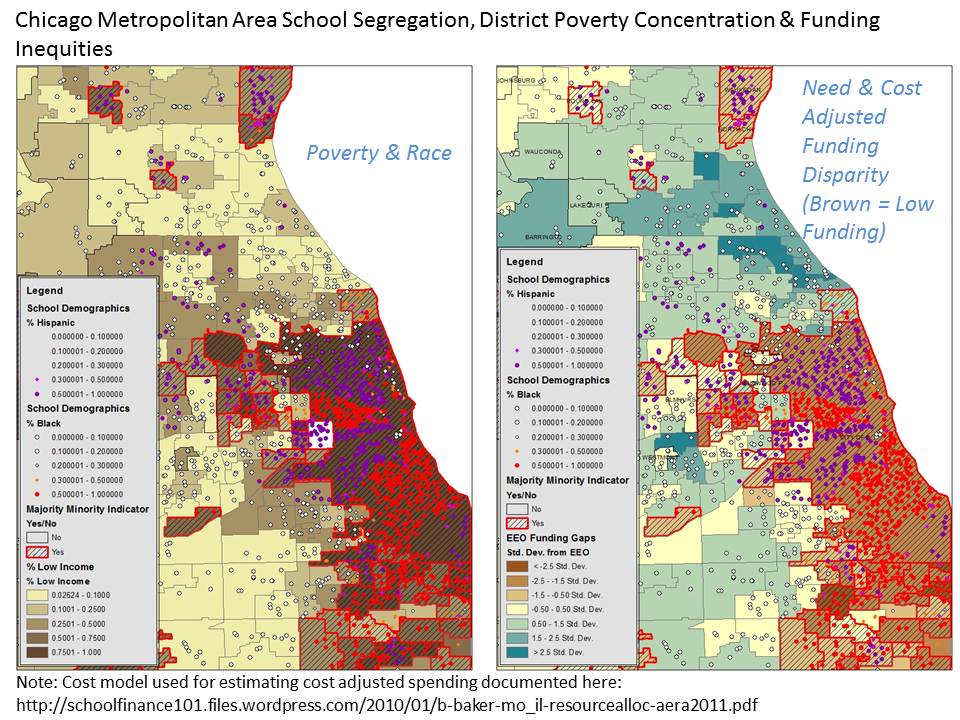 [this paper explains the model behind the funding disparity analysis]

So, in the mix, Chicago salaries for the first several years of experience are relatively average – or even slightly above. But, they do trail off at higher levels of experience and eventually fall behind. Remember though that comparable salaries would be generally insufficient for recruiting/retaining comparable teachers in a higher need setting.

Other even higher poverty, higher minority concentration districts like Harvey and Dolton are even more disadvantaged in terms of teacher salary competitiveness.

For more on the importance of teacher salaries, see: http://www.shankerinstitute.org/images/doesmoneymatter_final.pdf

I’ve been fielding a few random comments along the lines of “so what… Chicago’s outcomes still stink and they clearly spend more than they should, and pay their teachers more than they should for those stinky outcomes!”  Some of these comments point to higher graduation rates in Springfield, coupled with lower spending. Of course, this comparison assumes that it would cost the same in Springfield and Chicago to accomplish similar outcomes. So, I ran a check based on models I’ve run for recent academic papers. The models are fully elaborated here:

Specifically, I estimate models to adjust for the various costs faced by districts toward achieving common outcome goals. Those models account for differences in the student population served, differences in regional labor costs and differences in economies of scale (really only affects small districts).

These graphs show the relationship between need and cost adjusted operating expenditure per pupil and student outcome measures. The first uses the state assessment scores, centered around the average district – and averaging these centered scores across all grades and tests. It’s like a combined outcome index of all test scores. 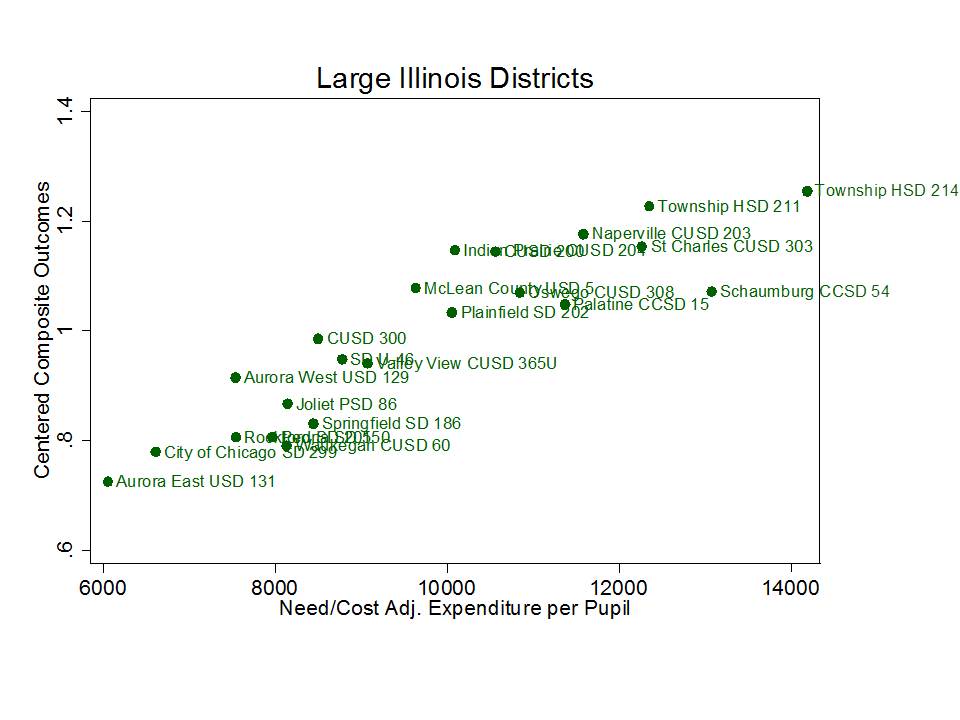 Chicago falls pretty much in line here. It has very low need/cost adjusted spending… and, well… low outcomes. But they certainly don’t appear to have lower outcomes than expected given their resources! 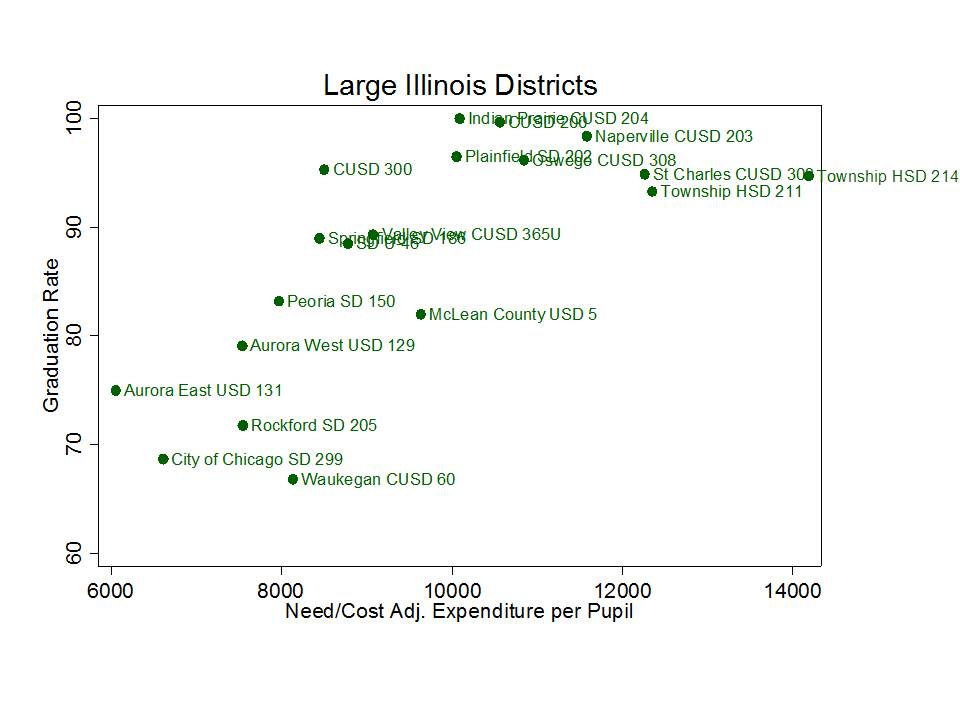 It’s a little harder to judge what’s going on here… but Chicago still does not appear to be substantially out of line. Graduation rates can vary for any multitude of reasons… including having lower standards for graduation.

In other words, I’m not buying the argument that “yeah… but… Chicago still ain’t cuttin’ it… even with what it has.” Is it possible to have what you need and still not cut it? Yes. It is certainly possible that a district would have far more adequate resources and still do a crummy job. But, Chicago does not appear to be such a case.