This post addresses a peculiar ongoing power grab in New Jersey involving the state school finance formula. The balance of power between state legislatures and the executive branch varies widely across states, but this New Jersey example may prove illustrative for others as well.  This post may make more sense if you take the time to browse these other two posts from the past few years.

[yeah… I know… prerequisite readings don’t always go over well on a blog – but please check them out!]

In New Jersey, as in many other states the State School Finance Formula is a state statute. That is, an act of the legislature. State school finance formula statutes may vary in the degree of detail that they actually lay out in statutory language, including varying the precision of which specific numbers must be used in the calculations and in some cases specifically how the calculations are carried out. It is my impression that until recently, many state school finance statutes have been articulated in law with greater and greater precision – meaning also less latitude for the formula to be altered in its implementation (often through a state board of education).

AN ACT providing for the maintenance and support of a thorough and efficient system of free public schools and revising parts of the statutory law.

BE IT ENACTED by the Senate and General Assembly of the State of New Jersey:

(New section) This act shall be known and may be cited as the “School Funding Reform Act of 2008.”

Among other things, the statute spells out clearly the equations for calculating each district’s state aid, which involve first calculating the enrolled students to be funded through the formula.  In short, most modern school finance formulas apply the following basic approach:

Using this general approach above, how students are counted necessarily has a substantive effect on how much aid is calculated, and ultimately delivered. And in most such formulas, how the basic  enrollments are counted has a multiplicative, ripple effect throughout the entire formula. So, it matters greatly how kids are counted for funding purposes. This is likely why state statutes often articulate quite clearly exactly how kids are to be counted for funding purposes.

The School Funding Reform Act of 2008 articulates precisely the definitions of fundable student enrollment counts. The following calculations and definitions are copied and pasted directly from the legislation.

PW is the applicable weight for kindergarten enrollment;

EW is the weight for elementary enrollment;

MW is the weight for middle school enrollment;

HW is the weight for high school enrollment;

PENR is the resident enrollment for kindergarten;

EENR is the resident enrollment for grades 1 – 5;

MENR is the resident enrollment for grades 6 – 8; and

HENR is the resident enrollment for grades 9 – 12.

Not much there left to the imagination and certainly not a great deal of flexibility on implementation. It’s in the statute. It’s in the act adopted by the legislature. It is, quite literally, the law.

Civics 101 tells us that the executive branch of federal or state government doesn’t write the laws. Rather, it upholds them and its executive departments in some cases may be charged with implementing the laws, including adoption of implementing regulations – that is, adding the missing precision needed to actually implement the law. Of course, regulations on how a law is to be implemented can’t actually change the law itself.

Now, in some states like New Jersey, the Governor’s office has significant budgetary authority, including a line item veto option. Of course, that doesn’t however mean that the Governor’s office has the authority to actually rewrite the equations for school funding that were adopted by the legislature. It may mean that the Governor can underfund, or defund the formula as a whole, but that raises an entirely different set of constitutional questions, which I previously addressed here.

Specifically, what we have here are two separate bills/laws. First, there is the the statute enacting the formula, which sets forth substantive standards that must be applied from year to year, unless amended through usual Legislative process of proposing amendment in bill, committee review, and vote on the bill.  Then, there is the budget bill, which appropriates state school aid for each fiscal year and only is in effect for that year.  At their intersection, the appropriations in the budget bill are to be based on the ongoing formula requirements in the formula statute. Increasingly, it would appear that governors are attempting to affect changes to their state school funding formulas through their annual budget bills. Strategically, it can be hard for legislatures to successfully amend these budget bills and re-implement their formula as adopted, because the annual budget bills include everything under the sun (all components of the state budget) and not just school funding.

Last year, the Governor’s office, through the executive budget, did actually change the equation – which is the law. And, by first glance of this year’s district by district aid runs it would appear that they have again done the same. It would appear, though I’ve yet to receive the data to validate, that the governor’s office in producing its estimates of how much each district should receive, relied on the same method as for the current year – a method which proposes to reduced specific weighting factors in the formula, and perhaps most disturbingly, exerts executive authority to change the basic way in which kids are counted for funding purposes.

Notwithstanding the provisions of any law or regulation to the contrary, the projected resident enrollment used to determine district allocations of the amounts hereinabove appropriated for Equalization Aid, Special Education Categorical Aid, and Security Aid shall include an attendance rate adjustment, which is defined as the amount the state attendance rate threshold exceeds the district’s three–year average attendance rate, as set forth in the February 23, 2012 State aid notice issued by the Commissioner of Education.

Did you catch that? It says that resident enrollment, throughout the formula will be adjusted in accordance with an attendance rate factor. A facto that is not, in fact, in the legislation itself. It is not part of the equation that is the law.

Here’s a mathematical expression of the change:

This change is unquestionably a change to the law itself. This is a substantive change with ripple effects throughout the formula. And as I understand Civics 101, such a change is well beyond the authority of the executive branch.

Permitting such authority to go unchecked is a dangerous precedent!

Then again, it’s a precedent already endorsed by the President and U.S. Secretary of ed in their choice to grant waivers to states and local districts to ignore No Child Left Behind, which was/is an act of Congress.  But who cares about that pesky old checks and balances stuff anyway? That’s so… old school… so… constitutional…

What I find most offensive about this power play is that the change imposed through abuse of executive power is a change to enrollment count that is well understood to be the oldest trick in the book for reducing aid to high poverty, high minority concentration districts. 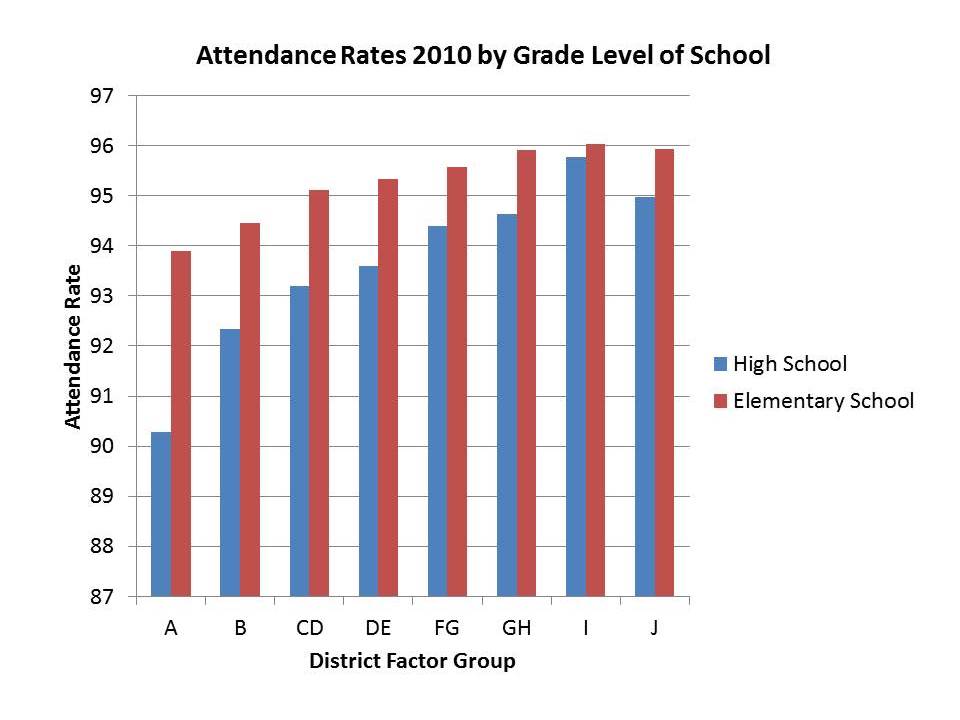 And here are a handful of related articles which address this issue, and related issues in other settings:

Bruce Baker is an Associate Professor in the Graduate School of Education at Rutgers, The State University of New Jersey. From 1997 to 2008 he was a professor at the University of Kansas in Lawrence, KS. He is lead author with Preston Green (Penn State University) and Craig Richards (Teachers College, Columbia University) of Financing Education Systems, a graduate level textbook on school finance policy published by Merrill/Prentice-Hall. Professor Baker has written a multitude of peer reviewed research articles on state school finance policy, teacher labor markets, school leadership labor markets and higher education finance and policy. His recent work has focused on measuring cost variations associated with schooling contexts and student population characteristics, including ways to better design state school finance policies and local district allocation formulas (including Weighted Student Funding) for better meeting the needs of students. Baker, along with Preston Green of Penn State University are co-authors of the chapter on Conceptions of Equity in the recently released Handbook of Research Education Finance and Policy, and co-authors of the chapter on the Politics of Education Finance in the Handbook of Education Politics and Policy and co-authors of the chapter on School Finance in the Handbook of Education Policy of the American Educational Research Association. Professor Baker has also consulted for state legislatures, boards of education and other organizations on education policy and school finance issues and has testified in state school finance litigation in Kansas, Missouri and Arizona. He is a member of the Think Tank Review Panel, a group of academic researchers who conduct technical reviews of publicly released think tank reports on education policy issues. View all posts by schoolfinance101

Center for the Advanced Study of Technology in Leadership Education